Tone, mood, atmosphere: being sensory images or impressions, and thus suggestive of emotional content, these convey implications words alone can not provide the listener. 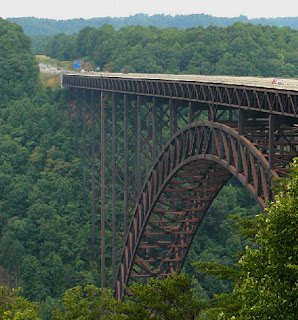 It is a widely-held view that emotional content forms the essence of music, and that it is the central reality of the musical experience.  There is no reason to dispute the nature and fact of this belief, yet it is equally certain there are other ways of listening and composing that are, by intent, removed from the ordinary limits of emotional experience.

Works created for such aesthetic ends may be thought of as presentations of auditory imagery designed to evoke environments in which the listener's consciousness is not subject to the vagaries of emotive excitation, but rather directed toward contemplative states of mind.
No comments:

Interrelated ideas form patterns and reorganize their elements to emerge in diverse manifestations, different intellectual and emotional perspectives, for instance, or unexpected expressions. 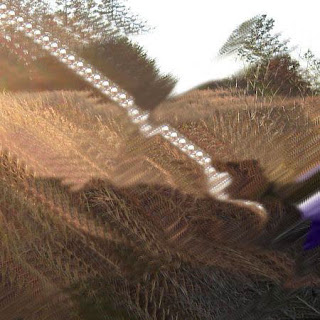 But, one objects, it may not be understood.

If such is the goal, do not look or reach beyond the obvious.  If there is more to art and expression, the aims and purposes are beyond as well.

Understanding will arise in time, or it will not.  But measure the known against the unknown, and there is always more.
No comments:

Over time habits of listening and thinking become ingrained in the psyche. 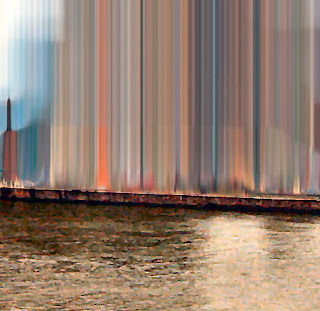 Disregard for conceptual limits does not eliminate them, but they become plainly discernible as indifferent things that, for some, are obstacles that can neither be understood nor overcome.

Combinations of auditory and visual imagery suggest, as do word combinations and connections in poetry, multiple possibilities and levels of meaning through concrete and abstract impressions. 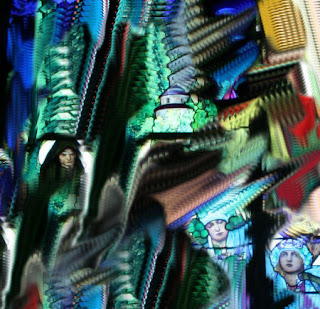 In cinema and television applications, narrative pace, characterization and plot drive the action, as they do in theater productions, but these are translated through mediums that provide more possibilities in presentation than direct performance.  Lighting, camera angles, sound, and sound effects distort and color perceptions, producing a different total effect than that of works onstage.

The art made manifest in the combinations of sound and images as they change and move is of equal importance to all other elements of the film, and in some productions it is the central element around which the themes of the work arise.

The term soundtrack cannot adequately convey the significance of this aspect of the work, given its critical contribution to the overall artistic statement made by the production.  Still, musical clichés are often the norm, metaphorical tones, sound sequences and textures that enhance mise-en-scène are rarely brought to bear artistically-- in even the more imaginative screenplays-- and subtlety is too frequently sacrificed for overwrought intensity, particularly in generating suspense.

As always, everything depends upon the vision of the artist or artists involved.
No comments:

The experience of sound is more than auditory sensation. 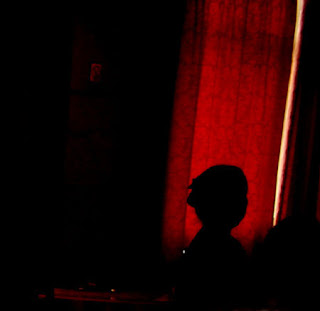 Musically, it is cultural, attitudinal, and physical, as well as emotional and cerebral. In impact and influence, it is an existential phenomenon.  It is within the listener as well as in the air.

Beyond listening, one may also observe, contemplate, make choices, and create expressions revealing experiences, emotions, and ideas.  Transformation ambient music, through tones, textures and patterns, does so by placing less emphasis upon musical forms and more upon sounds themselves and the impressions they convey.

It has been said that Picasso was as familiar with the work of the Old Masters as he was his own.  Andy Warhol's final series of paintings was based on variations of Leonardo da Vinci's The Last Supper.  John Cage utilized the Classic of Changes, or I Ching, as a musical composition tool. 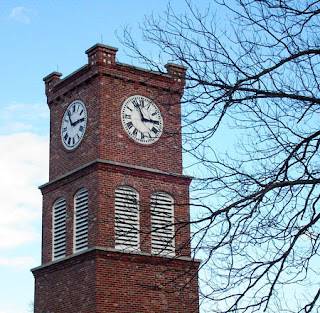 The avant-garde does not appear out of a vacuum, rootless, without foundation, directionless and devoid of cultural reference.  As a manifestation of the artistic impulse, it reflects elements of the cultural sensibilities of the artist, whether the goal is to advance traditional forms or break with them altogether.

In contemporary terms, this manifestation may encompass all cultures, all of history, and all human expression.
No comments:

Observe, absorb, and hear with imagination's ear what might be. 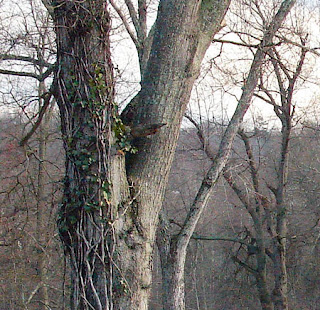 In bringing these inner landscapes into existence through the medium of sound, a total experience is made present with the listener, integrating a sense of dream and reality, the physical and the intangible.
No comments: