I have always liked ambient music, and the concept of ambient music as Eno described it in his early releases on the Obscure label. I recall with pleasure hearing Music for Airports played in Charles de Gaulle airport in France shortly after its release. It seems now a great privilege to have heard the music in its intended context. 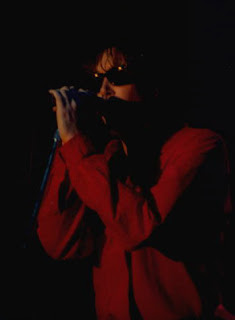 About this time, in the late 70s, I was introduced to recording studios, where I recorded numerous sessions with a variety of bands over the years as a vocalist, arranger of material, and coordinator of production tasks on a small number of LPs and CDs, along with numberless demos. During this time I became comfortable with the idea of a studio as a separate instrument, which led me to put together a project studio of my own.


With advances in technology my setup gradually evolved into the digital workstation format, and during this time I married, became a teacher, and was ultimately able to move out of the city and into the Carolina foothills, where I now teach world literature and cultural studies, as I have done for the past twenty years.
In due course, one might say, I have found myself returning again and again to ambient music as an enriching experience in listening, and ultimately as a creative force in my musical life.  All this makes for an interesting place to be on a fifty-fifth birthday-- and today I'm also celebrating the completion of a new album, The Celestial Way, by Black Mountain School.

The Pride That Will Do You In

O the pain of being an intellectual!

O the pain of being an ignoramus!

Likely as not, and in both cases, it is simply gas.
No comments:

Cat Through the Window Lives Out in the Field

Along the swift passage of "middle age" and its attendant, personal ills-- decline of physical beauty, disintegration of bones and organs, likelihood of blindness through glaucoma and macular degeneration-- and having survived cancer for a number of years-- it is somewhat effortless to be less attached to the superficial and sensational and more inclined to broader and deeper experience.
Such sensibilities are not confined to the aging or elderly, certainly, and such yearnings are present in children; nor should it be supposed that such an attitude of mind is the mere result of trifling illnesses, a greater sense of mortality, or world-weariness.
No; look round about and what becomes clear is a consciousness of general cultural malaise, whether ubiquitous frenzy, absurdity, foolishness or existential nausea, belligerence fueled by powerlessness, selfishness, self-absorption, or myriad combinations of all these and much worse.   And it was ever thus-- the surrender to an understanding of reality no more valid than that of the perceivers of the shadows in Plato's analogy of the cave. Consider the patterns generated, the movements and emotional impulses suggested; note the interwoven continuum of cause and effect, and how social, "other-directed" motivations are culturally and individually reinforced.
Anyone can have a a reasoned indifference to things of that nature.  The more abstract things take on a greater reality, a greater presence, in contrast.  A degree of order and aesthetic pleasure are not bad things to experience at all. 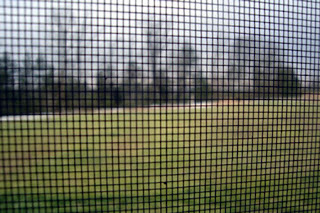 Email ThisBlogThis!Share to TwitterShare to FacebookShare to Pinterest
Labels: time

Ambient Music and Change Over Time

By Brian Eno's definition, ambient music is "as ignorable as it is interesting".  But he insists, rightly, that it rewards the listener in unique ways, as atmospheric, as distinct from "background" music; as suited to engaging diverse degrees of attention; as harmonious with calm moods and thoughtful occasions and activities.

While in her university's oil painting studio, my wife listened to Discreet Music, and her professor, upon recognizing the music, told her he did the same while painting in his home studio.  In fact, he found it somewhat surprising, at the time, that one of his students was listening to ambient music while painting.  Such surprise should not be unexpected, as familiarity with ambient music, while becoming more prevalent, will not always result in a preference for such music even in the most suitable environments and circumstances.
This is changing, though, as the culture is changing.  Eno himself noted this in a brief essay on the "Death of Uncool", written in 2009.  Rigid, insular ideas regarding what we might call "style" and "substance" in social groups have lost the cachet they have had in the past.  Personal taste is no longer burdened by whether or not something has been deemed "hip" by trend-setters and commercial media, and certainly this is a positive result of the accessibility of culture and information in the digital domain.  People freely follow their own interests and are more unrestricted in their cultural pursuits. 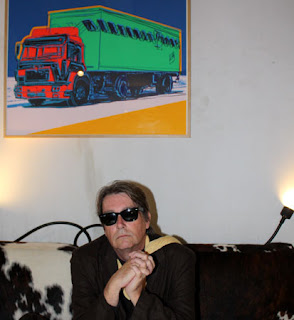 It is quite possible that such a scenario provides listeners greater opportunities than ever before to gain an appreciation and a degree of preference for music they may have previously never encountered, and for ways of listening and engaging with music that they have not experienced before.
This cultural phenomenon creates a greater openness in potential listeners to understand and appreciate a wider diversity of music, and facilitates the process of sharing ones enjoyment of music that is beyond the typical frame of reference.
Those who have a preference for ambient music, whatever its stylistic elements, can certainly find this scenario intriguing, and even useful in bringing the music to the attention of others who might appreciate it.
No comments:

The present-day artist still refuses to die, but one is completely deranged to cede control of one's catalogue and works to a music industry label.  It is necessary to create these things-- label, studio, art and photography, manufacture and distribution, ad infinitum.  The DIY Ethos.

Creativity must expand beyond the narrow limits of subjective interests to the learning curve of artistic control of the processes involved. Throughout production, anything that might loosely be called artistic vision benefits by being brought to bear upon these things-- sound, imagery, the character of the final work.

Of course this is entirely different from "star-making" machinery.  Self-reliance, the value of hard work, and all that.
No comments:

Just this minute my wife looked up from a crossword puzzle she is working on, smiled, and said, "I know this one: 'Brian ___ of Roxy Music'".

That is certainly a sign that a name has gained common currency in our culture. Interestingly, it refers to Roxy, rather than ambient, music, considering Eno's association with the band is mainly found in the first two Roxy Music albums.
No comments: