It may be an apocryphal statement, but I have heard it said more than once that Dr. Bob Moog believed that the electronic synthesizer should not sound like any other instrument.  Recently one of Dr. Moog's former students confirmed to me that this was true. 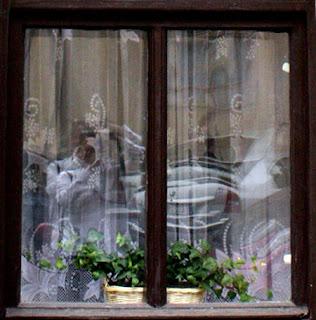 Synthetic sounds have unique qualities. They may create entirely novel combinations of tone, or reproduce certain obvious characteristics of specific instruments. In both cases these sounds can be manipulated to produce effects that reach the ear in striking ways.

The results may sound merely imitative, an echo of aspects of familiar musical works, or they may combine in more interesting synthetic forms, as Dr. Moog conceived them, to move in diverse or strange directions.

A sound that seems ancient and modern at once is particularly appealing to me, especially when it moves through time organically and unpredictably, and I often seek to attain it when organizing compositions.  The digital studio and synthesizer make a potent combination in bringing such sounds to life through innumerable means that were not possible mere decades ago.

It is no longer possible for me to think of music as being limited to particular forms, but rather as auditory images evolving in other ways altogether.
No comments:

Predictability may be more distracting than the apparently random or chaotic. 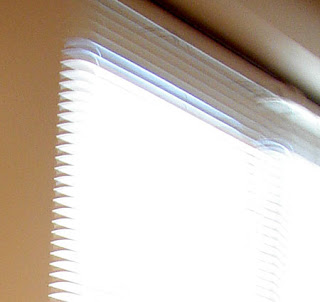 The purposes of customary and routine actions are for the most part desirable and necessary, organization being of value in terms of aims and intentions.  It is the loss of dynamic engagement with any activity that becomes enervating.

In the arts especially, it is the dullness of repetitive thinking that dims the imagination.

Perceptual and intellectual limits are not necessarily abhorrent in themselves, provided they are understood as obstacles to be overcome, and actions are taken accordingly.

That which would be filled must also be made empty.
No comments:

Limited expectations and cultural conditioning reinforce each other. 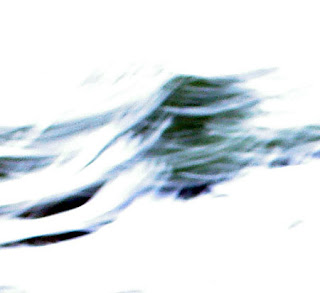 Collective approval permits acceptance of the previously rejected.  What was formerly strange and unknown gains admittance, then common currency, often as the result of celebrity promotion or  commercial advertising campaigns.

Those who think for themselves are not burdened by this sort of timidity, seeing and hearing what others do not, and being unconcerned with the vicissitudes of public tastes.  This is by no means a small and elite group, and often has greater influence on cultural attitudes than those with a vested interest in manipulating "consumer" perceptions.

The appeal of art is nowhere lost, regardless, but only obscured for a time.
No comments:

Soundwork and Process (Philosophy of Composition) 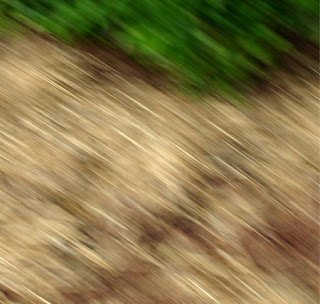 Context is external in atmosphere and setting, internal in terms of listening and state of mind.

There is a reticence to consider the possibility that having music "stuck in your head" might impair thinking or perception.  The German word for this phenomenon is ohrwurm, meaning "earworm". 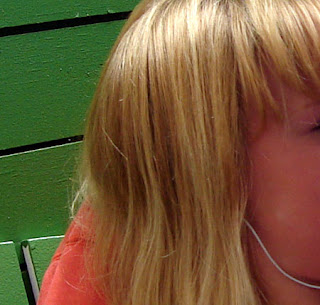 The idea that such a thing as involuntary sound imagery could interfere with consciousness is problematic, as music is so prevalent in daily life.  Nevertheless, it is a fact that recorded music has existed for less than two hundred years, and has never been as accessable and ubiquitous at any previous time in human history.

In a waiting room recently I could hear the music a young girl was listening to on an iPod or mp3 player.  I was unfamiliar with the songs, but, objectively, they were interesting for what they were, being complex lyrically, it seemed, though instrumentally generic and predictable in terms of arrangement and production.

Then I realized she was singing along with every song, so quietly her vocals blended perfectly with the low volume of the music, flawlessly in tune and, in fact, decorously, given the setting.  It was a rather long wait, so this continued for quite some time, exactly as described, through perhaps five or six songs.

When she stopped and glanced around the room, I complimented her on her voice.  I asked if she was "a singer".  She was not, but was pleased with the compliment.  "When you're not listening," I asked, "Do you hear the songs in your head?"

I did not ask if she could "make them go away".
No comments:

Email ThisBlogThis!Share to TwitterShare to FacebookShare to Pinterest
Labels: consciousness, perceptions of music, psychology of sound

Popular culture is more than immersion in entertainment and celebrity.  It is more than a vehicle for the communication of social and political viewpoints, more than a combination of business and industry. 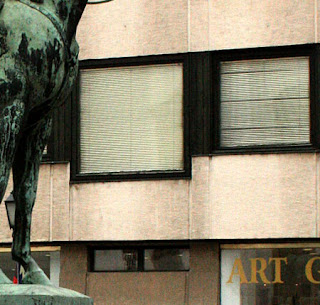 Pop culture is itself an art medium.  While the entertainer by necessity gives the audience what it wants, the artist expresses a vision.  In the context of mass media, the vision of the artist may gain common currency beyond the demand for entertainment.

For the most part this is a transient and superficial phenomena and retains public interest for a short while until being replaced by another, but from time to time there appears a work or body of work that alters the cultural perspective, becomes influential in diverse ways, and transcends the scenario of the "overnight sensation".

Ambient music in its numerous forms, while remaining relatively obscure over time in popular terms, has nonetheless changed the sound of the cultural landscape, and its potential to continue to do so appears unlimited.
No comments:

To consider the extent to which media is fused and blended with consciousness gives one pause. 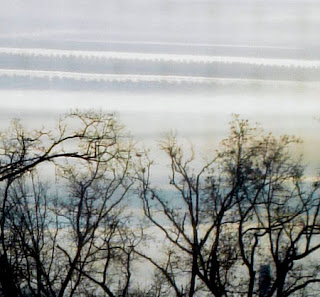 Certain connections suggest themselves:  meaning may be clarified or confused.  Choices may be consciously made, or be no more than the result of having come to no alternative, emotion having superseded the faculty of reason-- the latter neither understood, developed, or experienced.

Unselfconsciousness is no substitute for self- awareness.

Vicarious experience of reality does not suffice to replace human knowledge, any more than political ideology is a substitute for wisdom.  Distinctions are either made between the general and the specific, or they are not; the differences between a vine and a poisonous vine, as between actions taken according to intent or impulse, are significant.

Love for the object of one's desire is not equal to love for another human being.

Music to enhance a contemplative atmosphere and state of mind can, beyond evoking aesthetic beauty and pleasure, contribute to creative and intuitive reasoning, lucidity of perception, and more.

This is the raison d'etre of my work.
No comments: