Things passed by unnoticed in the grip of routine may reveal insights into the nature of things, given but a degree of conscious observation. 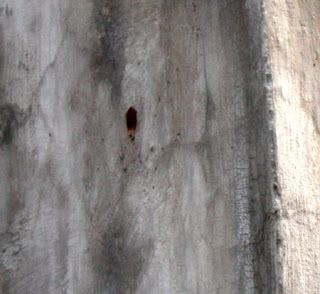 Simplicity or complexity, whether in processes of design, with regard to human emotions, or in consideration of ideas, often depends upon subtlety of perception.
No comments:

A profusion of thoughts, emotions, and sensory perceptions is characteristic of works such as Ulysses by James Joyce, in which expressions of direct experience are conveyed through descriptive literary imagery.  While such works were considered originally to be breaks from traditional forms, they have ultimately become traditional in their own ways. 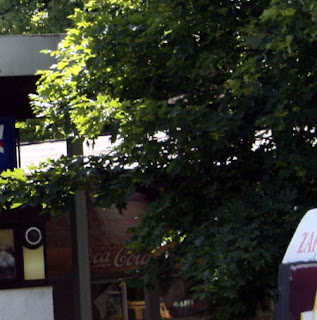 As T.S. Eliot conveyed a poetic vision via fragmented imagery and the objective correlative, Charles Olson proposed that poetry render direct experience through direct expression, patterned after speech and delineating a flow of perceptions, unlimited by formal structure.  The vigorous nature of his ideas gained momentum outside the environs of academia, developed into forms carried forward by the Beat writers, and remains influential in numerous fields, including contemporary popular music.

In William S. Burroughs's novel The Ticket That Exploded the author expanded upon the idea of capturing elements of subjective psychic states by suggesting the use of cutting and splicing recorded sounds on tape and recombining them, as he had done with words using the aptly-named "cut up" technique.  Here is another instance of the stream of consciousness literary form being further modified in the attempt to communicate myriad levels of meaning simultaneously.

Reflections of these concepts are found throughout the arts of the twentieth century and those of contemporary times, and are by nature intimately connected with diverse aspects of the music under consideration in these observations.

Ideas, even recondite ones, do not simply cease to exist, but carry live sparks.
No comments:

There is always a collective consciousness of ideas manifested in cultural and social settings. 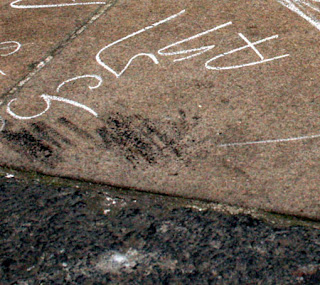 Shadows of ideas perceived vaguely or half-formed, some unconscious and others clearly ill-conceived, motivate expression and communication over a wide range of activities. The arts and sciences are no more or less subject to such errors than other fields of human endeavor, but these errors permeate works of weak foundation and, as history demonstrates, they fail the test of time.


All ideas are interwoven, and their value comes from their conceptual integrity.  When the world of ideas and the cultural arts demonstrates impulses that are critical as well as creative, a renewal of human awareness is one necessary outcome.
No comments:

Rimbaud spoke of intentional derangement of the senses, and, metaphorically, these long-term experiments in tone and technology (1996 to present) have brought about works that subtly evoke a similar aesthetic of auditory perception. 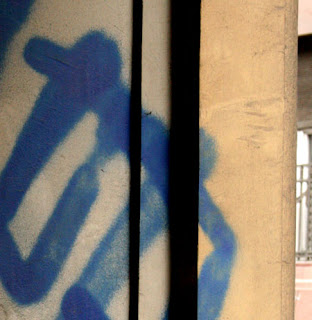 In general terms, ambient music as made by musicians adheres to the standard musical paradigms, and listening makes that clear-- its design and execution is admirable for these qualities. From much listening, it appears the popular "new age" stylings are mostly of the elegant and "mellow" sort, while the "dark ambient" takes the opposite tack, and other approaches are akin to jazz or novelty music, some pieces interesting and experimental, others a bit trite. This is oversimplification of a rich and dynamic genre, to be sure, but the point is self-reflection, not academic or pop cultural analysis.

In contrast, to listen to Black Mountain School is to hear Cubism, Impressionism, and Abstract Expression engaged through generative manipulation. It tends to be a bit on its own, somewhat anomalous, and, perhaps, remote.
No comments:

Hills Beneath the Mountains

Every setting has its unique sounds and sound characteristics.  To become aware of them is to hear music, formless and flowing. 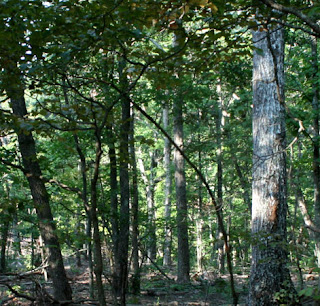 In a remote rural area an hour before sunrise a crescent moon revealed by a scattering of dark, heavy rainclouds provokes the sound of roosters crowing a mile or more away.  Traffic sounds rise and fall on a distant highway; the shrill hissing of night insects reaches a crescendo and goes silent.

Hushed winds stir and wildlife moves among the shadowy trees with cracklings of leaves and branches.
No comments:

Email ThisBlogThis!Share to TwitterShare to FacebookShare to Pinterest
Labels: psychoacoustics

Constraints on twenty-first century composition are few.  Structures may be expanded, sounds explored and modified, and methods and strategies given flexibility in the design of expressive works. 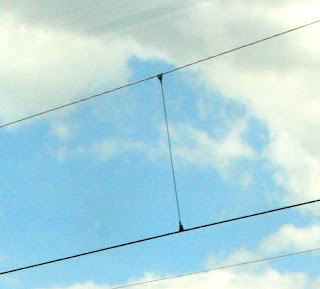 Artistic vision is shaped by sensibility, receptivity, and perception.  One chooses one's cultural tools-- ideas and technologies-- from those accessible, and develops according to proficiency gained through their use.

A Black Mountain School recording is designed in such a way that, with each completed piece, listeners may engage their individual emotions, experiences, and visions through the context of the work, as though they were finding shapes, patterns, and pictures in clouds in the sky.
No comments: 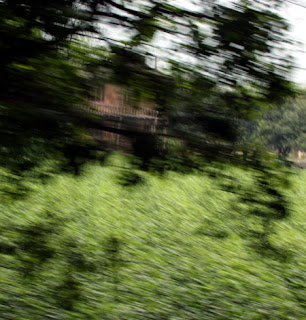 The gifts of knowledge and and understanding bring with them an awareness of the necessity of sharing them, and of expressing them with integrity and honesty.  To be realistic, one must be cognizant of the negative aspects of cultural phenomena as well, and be prepared to counter them with reason and example.  It is a challenge to see beyond the superficial and the absurd, and to creatively engage in communicating ways to look beyond the trivial and mundane.

But it was ever thus, and thus the value of the arts and sciences.
No comments: