The idea of programmatic music, so called because it creates aural impressions of  "real world" concrete and conceptual phenomena, lends itself particularly to the "transformation" and "sketch" ambient forms. 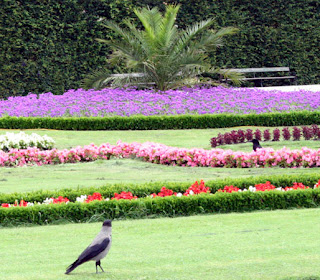 Well known symphonic tone poems by Debussy, Sibelius, Richard Strauss-- and, of course, Gershwin's An American In Paris-- were composed to evoke images of times and places, ideas, events, legends and the like, and certainly represent some of the finest examples of program music.

Works such as Sonic Seasonings by Wendy Carlos, for example, and other ambient creations such as these, might properly be considered extensions of the "tone poem" concept, though developed in entirely different ways with different intents and purposes, and having more in common with impressionistic and other artistic styles than with classical music.
No comments:

Ceremony and ritual are forms and symbolic acts of community. 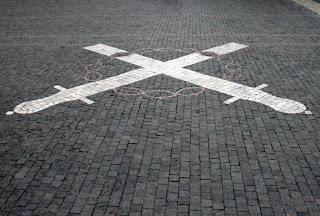 Musical expressions of all types imply this shared sense of association; some reflect common sentiments and fashions, others indicate similar interests in such things as the cultural arts, politics, spiritual beliefs, and so on, as distinguish particular audiences.

A notable attribute of ambient music is its quality of providing both interesting listening and contributing to an environment for activities both personal, like reading, and social, such as conversation.

It is not designed to be the sole focus of interest in a given situation, and may, in fact, complement that focus, whatever it may be.
No comments:

Juxtaposition of sound elements in collage. 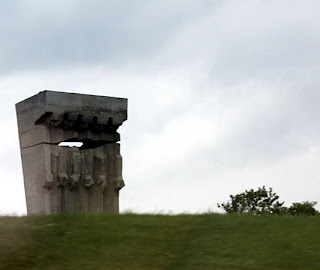 What the eye and experience may intimate, imagination and manipulation of tone, pattern, and movement may realize.
No comments:

The names "transformation ambient" and "sketch music" are meant to fit the peculiar sound designs they describe. 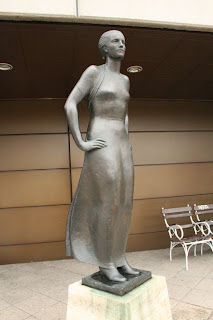 It is music that is neither minimalistic nor verging upon static in terms of its content and progress over time.  Rather, as ambient collage or fabrication, it brings varied sounds into contact as they might be heard-- or overheard-- in changing conditions, and in locales both public and "organic" in nature.

It represents, rather than imitates, the development of sound perceived in the course of human movement through imagined environmental spaces.
No comments: 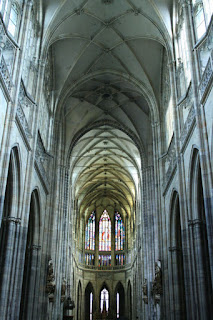 Depth, volume, the sense of distance and spatial proximity, the qualities that reflect and absorb sounds in natural environments and in areas defined by human design and structure all impart shades and subtleties of tone color to diverse sounds. Various effects and instrument settings may be used to enhance, approximate, or manipulate these characteristics in a studio scenario.

Accordingly, the experience of the listener is apt to incorporate personal recollections of the sound features of various environments in context with those generated by the musical pieces themselves.

The "sketch" of a transformation ambient piece is thus completed, in varying degrees, by the listener.
No comments:

Impressionism is suggestive of perceptions of the external world; abstract expressionism is often representative of the inner workings of the mind of the artist. 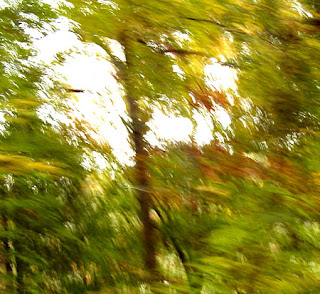 Conceptually, ambient music can be designed as work programmed to be produced in a completely artificial way, with almost no input from the artist, or it can be created by fabricating sounds in the manner of painting an aural canvas, upon which the artist renders his ideas, emotions, and intentions.

There are few limits for the listener as well as the artist.
No comments:

Through a window, shadows of leafy branches swaying in a breeze are cast on the wall. 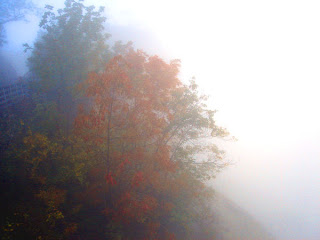 What comes to our attention is shaped by openness, awareness, subjective attitudes, and the things we carry in our minds; among them are responsibilities, emotional connections, pressures, and desires.

Perception may be refined by conscious attention to subtlety, which is both art and science, as the professions demanding insight and predictive analysis demonstrate.  Such perceptivity graces one's view of life as well, bringing with it the pleasures and satisfactions of foresight and choices well made, along with a greater sense of aesthetic beauty and the complexities of the phenomena of existence.

Wind in trees and the angle of late summer sunlight.
No comments: