Gradually things may become such commonplace parts of the environment they go unnoticed.  The ticking of an antique clock.  Scenery along routes traveled every day.  Music in a car, in a restaurant. 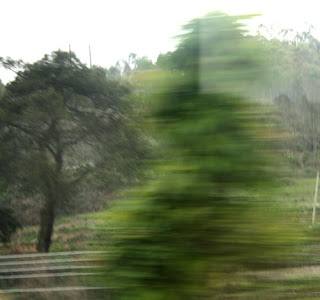 Patterns become too familiar to the senses and impressions grow weak and dim.  The radio is switched off and the brain continues to generate the illusion of sound out of habit and memory.

The deliberate exercise of subtlety in thought, apprehension, and expression contributes to an awareness unburdened by bland routine and awakened to unbounded possibilities.

It is not external sensation that elevates consciousness, but refinement of reason and will.

Sounds considered musical, that is, having tone, timbre, pitch, apparent texture, and so forth, and being subjectively pleasing to the ear, still lack qualities usually considered necessary to be termed "music". 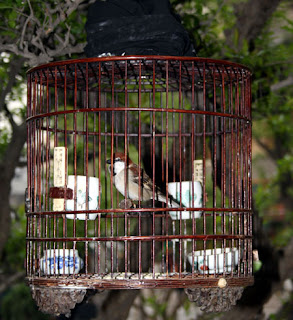 Wind chimes, bird songs, the sounds of rainfall, crickets, and ocean waves are common examples.  They may be somewhat melodic, rhythmic, and repetitive in nature, but they are not fixed and defined by these qualities as are symphonies, pop tunes, or jazz arrangements, though the latter are stylistically free-form and improvisational.

Ambient sound design may combine any of these qualities, as the numerous ambient genres demonstrate, and it may also be digitally generated according to various programs and techniques.

The intent of the "sketch" music of Black Mountain School is to generate, pattern and evolve musical sounds that reflect the shifting, natural dynamics of real-world sound perception, these being ungoverned by formal structure.

Space and time are measurements of convenience. 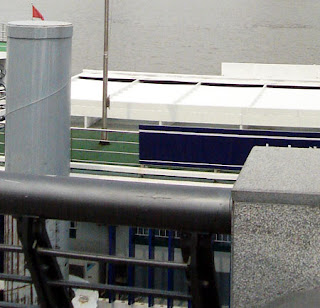 Auditory perception structures environments, and our positions in them, according to such things as the placement or origin of sounds, their intensity, and their meaning.  Near and far, quiet or loud, sounds inform the listener in ways gross and subtle, simple and complex.

Processing spoken and written language and listening to music engage the intellect and emotions in communications practically infinite in scope, and they generally adhere to the technical "grammar" of their respective modes of communication, as do mathematics and the arts and sciences.

Communication is but one aspect of life, and one exceedingly dominant in contemporary living.  One must, at times, consciously make time to contemplate, to ruminate, to reflect, to muse.  Such music as would heighten these faculties of consciousness would not be have to be content-specific, and might be more akin to environmental sounds structured in part by the listener's perception than to typical musical arrangements and song forms.

Perhaps it can only be called music as a matter of convenience, and it will be considered something else entirely in the future.
No comments:

Art reflects the consciousness of the artist as well as the subject of the work. 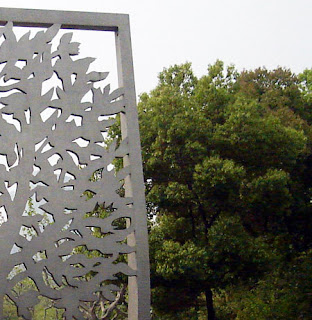 The experience of the work reflects something of the self-knowledge of the individual, and, to a great extent, the attitude of the culture that is home to the experience.  Cultural emphasis on the value of the historic past or on a mind-set concerned with envisioning the future will produce differing responses to artistic works, for example.  Each way of thinking has its virtues, as does receptivity to the vision each offers.
No comments:

Fill an environment with sounds that the setting proposes to the mind. 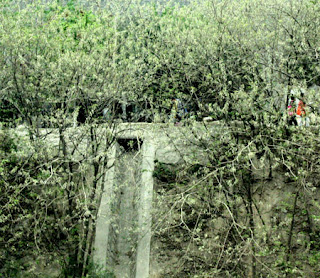 Such sounds will represent diverse sonic properties; linear and random, loud and quiet, dissonant and harmonious, they will come from various perceptual angles and apparent distances.  Yet they will be more than combinations of natural and artificial auditory sensations in that they will imply a sense of emotional and aesthetic space as well as an enhancement of the physical surroundings.

Both the artist and the listener bring their respective sensibilities to such sound designs.
No comments:

Sudden Winds Do Not Last All Day

Perceptual impressions, emotional associations, connections to ideas and combinations of experiences join together in the artistic impulse. 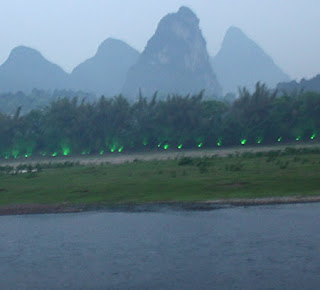 The exercise of creative thought demands discipline and stamina, and must, at times, be as vigorous and exhausting as an athletic endeavor.  To see, and hear, and know things that do not yet exist and to act to bring them into being may involve grueling effort, lasting patience, and depth of faith in the possibilities of the artistic vision.

While the flash of inspiration is a phenomenon that comes from the same synthesis of sources, preparation, a critical eye and a steady hand are no less valuable.
No comments:

Sounds are associated with sensory experiences, and this is especially true of those found in variations of musical combinations. 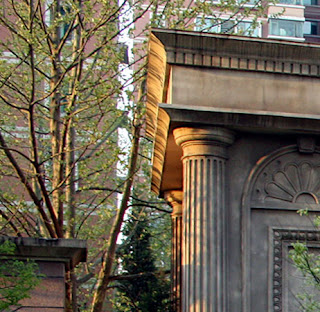 Certain sounds are considered warm, cool, light, dark, rough, smooth, and so on.  As descriptive terms they are generally agreed-upon metaphors; one hearing a "sour note" will recognize it as such.  In the case of those who experience the neurological processes of synesthesia, sound and color may be experienced as a mingled perception, or a sensation in which the two are bound together in varying degrees.

In fabricating tones and patterns to combine in a sound design, it is interesting to consider what sounds a specific natural or architectural form might suggest, what patterns its symmetry bring to mind, and what musical characteristics might be associated with the particular shade and angle of light falling upon the scene that will evoke a sense of presence that endows the piece with spirit.
No comments: